Between 1995 and 1999 I made a large series of works utilising leaves picked up on walks in Scorton Woods, Lancashire. I called the work ‘Leaving’, and it formed part of my first ever London show in 1998.

At the time, I remember making a conscious decision to stop producing the leaf imagery as I single-mindedly pursued seashore based work, but the ideas and concerns remained with me.
I recently spent some time looking at the ‘Leaving’ prints and was quickly reminded of their beauty and fragility. It also highlighted how much my work has moved on in relation to the media, techniques, technologies and processes I now use, while still retaining a direct line to the ideas, concerns and motifs of that early work.

This coincided with a very harsh winter in Northumberland.We were completely snowed in for over three weeks around Christmas 2010 and I was forced to stick close to home – trips to the beach were out of the question for about a month. This resulted in my field of vision being restricted; I was forced to work with the world around my feet. Teasing some scraps of natural material from under the snow or from the ice in the frozen garden pond, I began making a new body of work which became the O Hanami series. 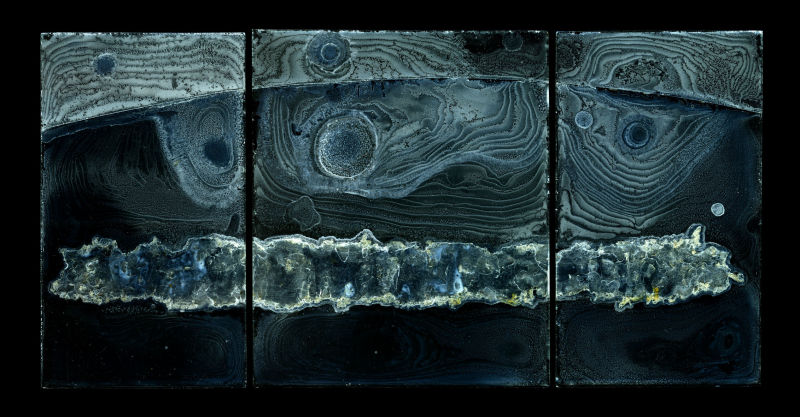